The woman who touched the hem of Jesus’ garment and was healed is a powerful story in God’s Word.  Not only had she spent her last penny on medical cures and procedures but she was an outcast.  She could not be with her husband, take care of her children, or attend church–she was unclean.  Many probably believed that she was unclean not only physically, but also spiritually–her fault.  The historical context is so important in realizing the rebirth of this woman.  Women who were menstruating were not allowed to be around others, went to a tent in isolation, and were considered “unclean”.  Imagine bleeding for 12 years. 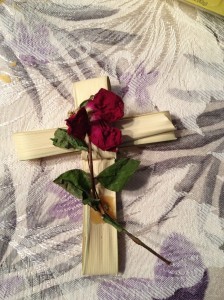 After 12 years of suffering, I believe more emotionally than physically, she thought to herself, “If I could just touch the hem of His garment…”  She did not feel worthy enough to ask, bold enough to push others away in the crowd to get to Him, she had no advocates to take her to Him and intercede on her behalf, and she was too unclean to touch Jesus’ body.  “If I could just touch the hem”, she begged.

Not only does Jesus in the midst of a crowd feel the power that came out of Him when she touched Him, but He also turned to minister to her emotionally.  The disciples were astonished and tried to convince Jesus of the massive crowd around Him, yet Jesus knew.  The woman was instantly physically healed.  Jesus also did something so wonderful.  He did not sit with her and listen to her back story–He knew.  He knew her heart, her suffering, her pain.  Jesus looked at her and called her something that meant, “You are worthy, accepted, beautiful, and cherished…..”

He said to her, “Daughter, your faith has healed you. Go in peace and be freed from your suffering.”

We are physically seeing the signs of rebirth as Spring approaches.  What areas of your life do you desire to hear Jesus call out to you, “Daughter or Son” ?

The beautiful earth displays His love, His passion for beauty and rebirth… 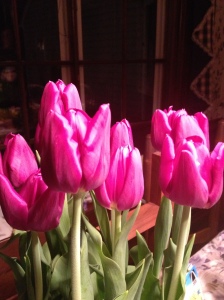 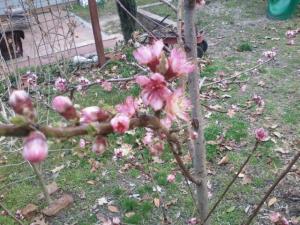